Weed Control: Stay A Step Ahead 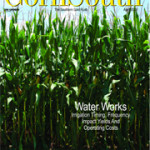 By Carroll Smith   We don’t have a lot of options in cotton and soybeans for managing glyphosate-resistant weeds, but we do have several good pre-emerge and post-emerge herbicide options in corn,” says Bill Williams, LSU AgCenter state weed specialist. Williams adds that he doesn’t know of any weeds in corn in Louisiana that can’t be controlled in the absence ... END_OF_DOCUMENT_TOKEN_TO_BE_REPLACED

Attention to details can help reduce the incidence  of aflatoxin and fumonisins By Stephen R. Koenning, Bruce A. Fortnum and Pawel Wiatrak   Toxic metabolic by-products of fungi, known as mycotoxins, have received considerable attention during the past several years. Aflatoxin, produced by the fungus Aspergillus flavus, has been considered to be the most serious problem in North and South ... END_OF_DOCUMENT_TOKEN_TO_BE_REPLACED

Irrigation timing and frequency impact yields and operating costs. By Kerry Harrison and Dewey Lee Irrigation requires a relatively high investment in equipment, fuel, maintenance and labor, but offers a significant potential for increasing net farm income. Frequency and timing of water application have a major impact on yields and operating costs. To schedule irrigation for the most efficient use ... END_OF_DOCUMENT_TOKEN_TO_BE_REPLACED 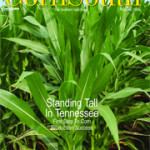 Correct application of nutrients is essential for healthy, high-yielding corn. By Pawel Wiatrak and Jim Camberato EDITOR’S NOTE: Following are highlights from the Soil Sampling Management and Fertility Management section of the South Carolina Corn Production Guide. To view the entire text and additional tables showing recommended rates of nitrogen, potassium and phosphorus for corn grain and corn silage based ... END_OF_DOCUMENT_TOKEN_TO_BE_REPLACED

Water Management: No Drain, No Gain 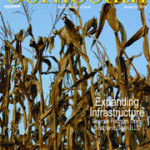 MANA’s New Hires MANA announces the addition of Duane A. Martin, Ph.D., as the company’s new business and product development manager and Tim Ford as an area business manager on its sales team across Louisiana and southern Mississippi. Martin comes to MANA with nearly 20 years of experience in the crop protection industry. He most recently worked as the ... END_OF_DOCUMENT_TOKEN_TO_BE_REPLACED

Missouri analyst discusses current market and potential strategies for stored grain. By Melvin Brees Store and hope? The corn and soybean price collapse since the summer highs has discouraged making sales. As a result, a large portion of this year’s corn and soybean production is now in storage or under deferred pricing contracts. But are these decisions to store grain ... END_OF_DOCUMENT_TOKEN_TO_BE_REPLACED

The Emergency Economic Stabilization Act-2008 benefits farmers as well as the “Street.” By David P. Webb and D. Nathan Smith Editor’s note: “Fertile Ground For Tax Savings,” which outlines recent tax legislation that creates opportunities for farmers and others in agribusiness, was published in the October/November 2008 issue of Corn South. Following are updates: On Oct. 3, 2008, President Bush ... END_OF_DOCUMENT_TOKEN_TO_BE_REPLACED