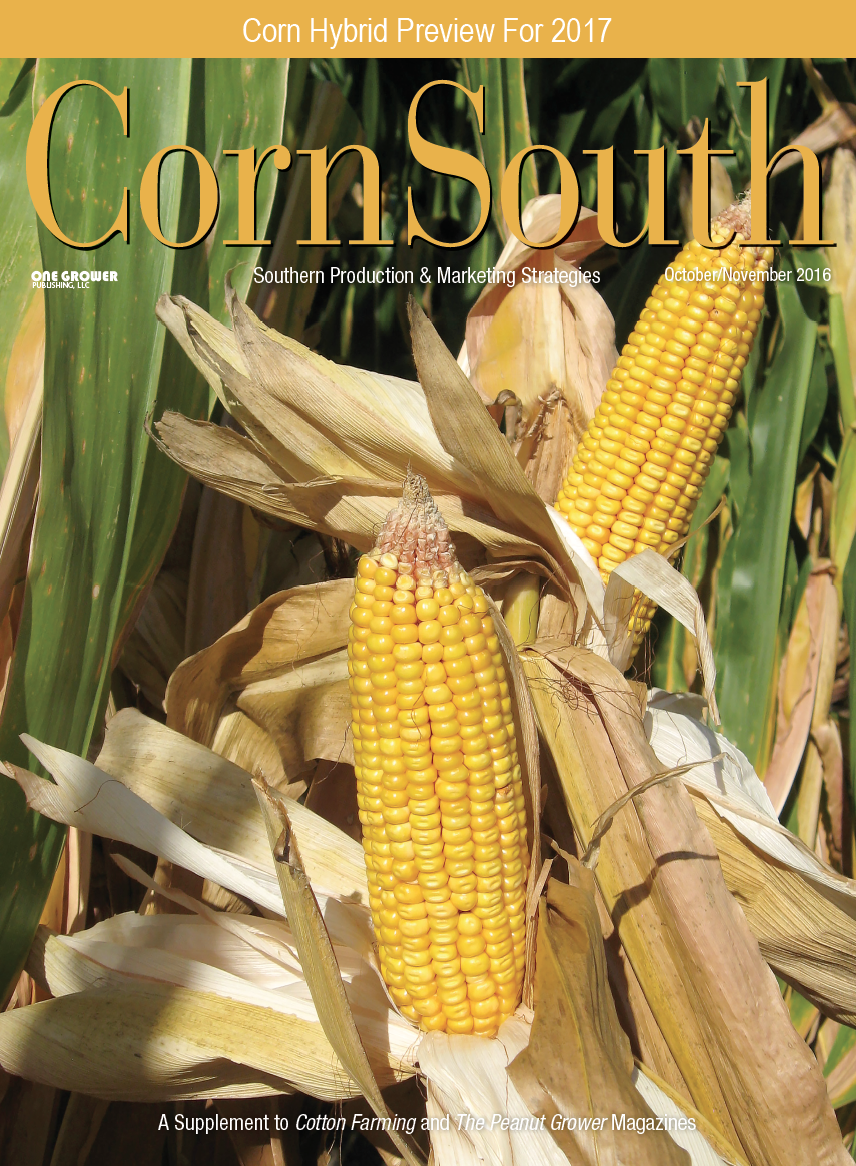 Corn production is headed for another record, despite being estimated down from the August forecast says USDA’s National Agricultural Statistics Service. At 15.1 billion bushels, up 11 percent from last year, and an average yield of 174.4 bushels per acre, up 6 bushels from 2015, it would be the highest yield and production on record for the United States.

With only the Southeast, Mid-South and Coastal regions primarily combined at this time, area harvested for grain is still being forecast at 86.6 million acres, unchanged from the August forecast, but up 7 percent from 2015.

“These changes combined to set ending stocks at 2.384 billion bushels and the stocks-to-use ratio at 16.5 percent. This is the highest stocks-to-use ratio for U.S. corn since 17.5 percent in 2005/06,” Welch says.
Overall, Welch reports that world corn supplies are slightly lower this month on lower production in the United States, European Union and China.

“Days of use on hand at the end of the marketing year is now a 78.8 day supply, down from 79.3 last month and just above average,” he says.

Welch says to expect a normal seasonal price pattern for December corn, which is to set the harvest low in early October.
For his 2016 feed grain marketing plan, Welch says he is prepared to price another 20 percent of the 2016 crop on the rebound seen over the previous 10 days. “If the technical indicators turn bearish, I will sell. Otherwise, I will hold and price all remaining corn at harvest in mid-October,” he says.

While corn harvest will continue for the next few weeks, favorable growing conditions have the U.S. corn crop looking good with 74 percent of the crop rated as good to excellent.