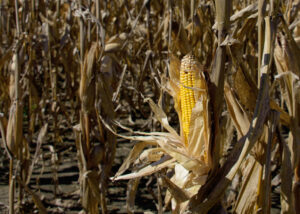 A soggy planting season dissuaded some Mississippi producers from planting corn this year, but those who stuck with the crop have mostly been rewarded with a solid harvest.

Initial planting forecasts at the end of February called for more than 700,000 acres of corn in the state. That figure was scaled back to 550,000 acres a few months later as a waterlogged March and April led some growers to shift some acreage to soybeans.

At 90% complete, Mississippi’s corn harvest progress is slightly behind where it usually is at the end of September. Most corn reached physiological maturity later than normal due to late planting.

“Corn is responsive to early plantings, but this year a planting window of more than a day did not materialize at all throughout much of the corn-growing portions of the state until late April. There were more opportunities to plant in the southern part of the state, but that comprises a small percentage of the growing area,” Larson said.

“May was drier than normal, which generally helped the corn get off to a good start and allowed growers an opportunity to apply fertilizer and herbicides in a timely manner.”

One of the variables that correlates closely with yield potential is nighttime temperature during the 30-day period after corn tassels. Too much heat compromises the plant’s grain yield.

“Overnight temperatures at that time were slightly above normal but not excessively hot,” Larson said. “That probably affected the later planted corn more than the early, although we’ve gotten several harvest reports that early corn didn’t yield as well as later corn.”

Will Maples, MSU Extension agricultural economist, said lagging corn prices also gave growers pause when deciding what to plant this year. Corn futures have rebounded since March, when there was downward market pressure due to the COVID-19 pandemic.

“Futures are trading in the $3.65 to $3.75 range, which has led to some new crop cash bids in the Mississippi Delta in the $3.80 to $4 range,” Maples said. “This is presenting marketing opportunities for producers to at least break even this year.”

Yield uncertainty in the Midwest has driven prices nationally.

“Iowa faced double trouble with a drought in the western part of the state and the derecho weather event,” Maples said. “Back in the spring, it was forecasted we would have near record high corn production, but as the growing year has progressed this forecast has been adjusted down and supported higher prices.”

Some Mississippi corn also dealt with issues related to extreme weather, albeit on a much smaller scale. Heavy winds and flooding from Hurricane Laura may have caused considerable damage to unharvested corn in south Mississippi, such as near Natchez, in late August, but most of Mississippi’s corn crop was well east of the storm’s path.

“Wind is a big threat to corn because it is such a tall crop. Wind damage considerably slows harvest progress and increases losses because combines have difficulty picking fallen or lodged stalks and ears up off the ground,” Larson said. “Fortunately, Hurricane Laura generally went west of Mississippi, so the winds we had weren’t strong enough to cause severe lodging for a lot of the Delta crop that would have been more exposed.”