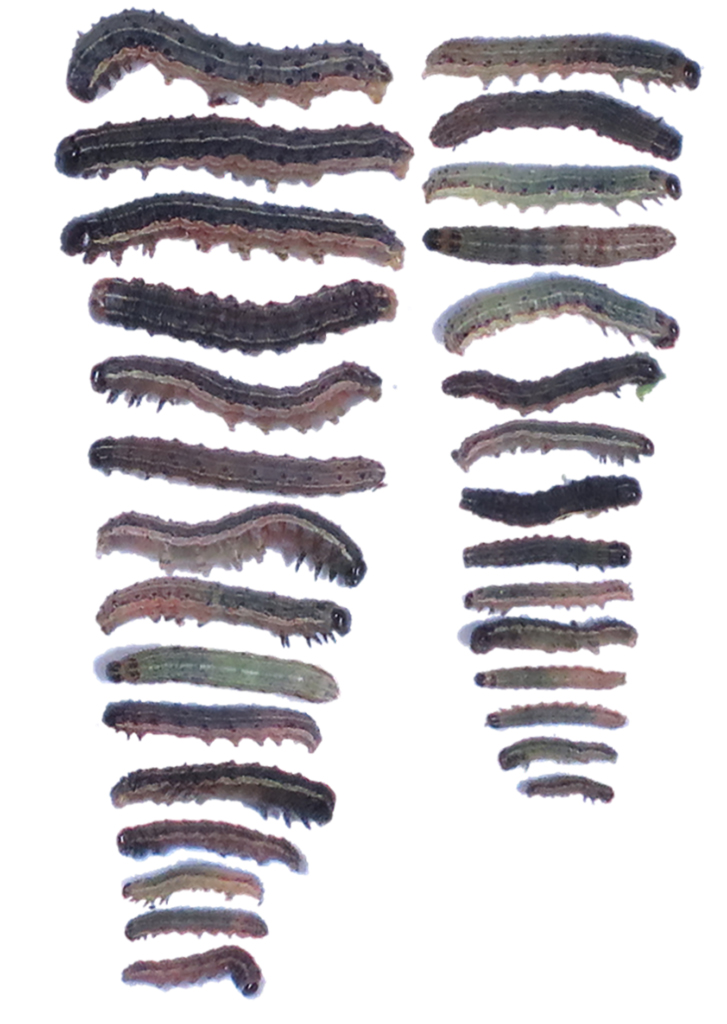 Two researchers in Texas A&M University’s College of Agriculture and Life Sciences have received a $499,865 grant from the U.S. Department of Agriculture National Institute for Food and Agriculture to study corn resistance mechanisms against the insect pests, the fall armyworm and the western corn rootworm.

Devastating crops on a worldwide scale

“In the U.S., the western corn rootworm is referred to as the ‘billion-dollar pest,’ and is also the most significant corn pest in Europe,” Bernal said. “The fall armyworm is an important pest in the U.S. and is decimating corn and other crops across Africa and Asia.”

Preliminary project data based on screening an extensive collection of corn mutants have identified genes in corn that produce novel hormone-like signal molecules that plants need to resist the two pests.

The newly identified genes allow the plants to create types of molecules called oxylipins. In humans and animals, oxylipins are called prostaglandins and control immune responses. About 60% to 80% of FDA-approved drugs in the U.S. target oxylipin pathways in humans, Kolomiets explained. The fact that we know so much about this pathway in humans but so little about its effect on plants is the inspiration for much of his research.

“My excitement about this project is that we will identify functions of this poorly understood group of molecules and their signaling pathways to improve crop productivity,” Kolomiets said. “About 600 to 700 oxylipins have been identified in different plant species. However, we know the function of only a few of them.”

For decades, jasmonic acid, also an oxylipin, has been known as the major defense hormone against plant-eating insects. Initial studies in this project found a group of other oxylipins with a role separate from jasmonic acid.

“We found that one of these novel oxylipins is likely to play a role in initiating defense responses,” Kolomiets said. “That molecule appears to have a strong impact in conferring resistance to both of these insects.”

Researchers in Kolomiets’ lab, in collaboration with Dr. Seth Murray, Texas A&M AgriLife Research corn breeder and Eugene Butler Endowed Chair in the Department of Soil and Crop Sciences, screened about 400 inbred lines of corn, looking for superior variants of the genes required to synthesize this novel molecule. They found that some of these lines contain two copies of these defense genes instead of one.

“We showed that when introduced into inbred lines that normally contain a single copy of the gene, this naturally occurring double-copy variant of the gene dramatically increases resistance to the insects,” Kolomiets said.

The research goal is to develop molecular markers that plant breeders can use to improve resistance levels against fall armyworm and western corn rootworm in transgenic and nontransgenic corn.

Much of the corn grown in the U.S. is transgenic corn containing genes from Bacillus thuringiensis, or Bt toxin, that provides strong resistance to most insect pests. The fall armyworm is developing resistance against the Bt toxin, making Bt corn less effective in controlling this pest.

Kolomiets noted that many developing countries do not use transgenic corn to control fall armyworms.

“We need to find a way to produce novel, nontransgenic germplasm that will be more resistant against these pests,” he said. “If you know which genes regulate resistance, it makes the breeders’ work easier because they can modify crops by classical genetics and breeding approaches. This is a viable alternative approach to improve resistance, and it’s natural.”

Accelerating research with a cross-disciplinary approach

The collaboration of plant biochemists and entomologists combines specialties and innovative methods to help the research move faster.

“In addition to measuring resistance levels of the plant to improve corn, Dr. Bernal’s expertise in evaluating insect resistance is essential to show how using this duplicate defense gene impacts the insects,” Kolomiets said.

“Laboratories rarely look at both belowground and aboveground insects simultaneously in the same material. We’re studying the fall armyworm and the western corn rootworm at the same time.”

The team’s research will also accelerate our understanding of corn resistance to similar pests.

“These two pests are representative of many of the pests of corn in the U.S.,” Bernal said. “Our findings will apply to other chewing pests of both roots and foliage.”

Host resistance is a key strategy among a diverse range of tactics used to manage crop pests effectively.

“Developing environmentally friendly host-plant resistance in a crop as globally fundamental as corn will have significant scientific and economic impacts,” Kolomiets said. “What we learn about how oxylipins signal resistance to fall armyworm and western corn rootworm will advance host-plant resistance as a crop pest management strategy.”