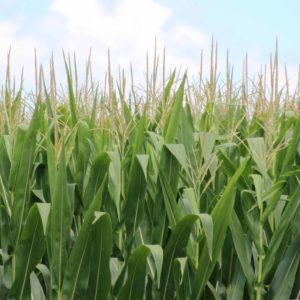 A picture of a corn field from a few years ago. Recent rains have helped this year’s corn crop, according to UGA Extension specialist Eric Prostko — photo courtesy University of Georgia

After suffering a three-week dry spell in May, Georgia corn crops benefitted from rains during the month of June.

It’s an encouraging sign for the future of this year’s corn crop, according to University of Georgia Cooperative Extension corn weed specialist Eric Prostko.

“We’ve been catching these rains right at pollination or slightly later so they’ve been very helpful,” Prostko said.

No significant rainfall was recorded from May 11 into early June, causing uncertainty around Georgia’s corn crop in late May. This was especially harmful for Georgia’s dryland corn crop, where irrigation is unavailable. Georgia’s dryland acreage totals about 70,000 acres.

“Not having any rain really hurt us, but that 21- to 25-day period was especially rough because it was about 7 degrees hotter than normal,” Prostko said. “Of course, we’ve been getting rains now so that should be really helpful.”

According to this year’s UGA Extension Corn Production Guide (https://t.uga.edu/54o), corn requires the most rainfall during pollination, approximately 0.33 inch per day. Rainfall is essential for the plant to produce ears of corn. If the corn doesn’t receive the right amount of water at the right time, the amount and size of the kernels could be impacted.

“Most of (Georgia’s) corn is irrigated, which is a good thing. But for the 20% that’s not, we won’t know the impact of that drought until it’s time for harvest,” Prostko said. “I had a farmer tell me this year that a year ago he made 200 bushels of dryland corn. I don’t think that’s going to happen this year.”

Dryland farmers had a successful year in 2018 due in large part to the abundance of rainfall Georgia experienced during late spring. Two straight weeks of rain in May 2018 helped spike corn production in dryland fields.

The University of Georgia contributed this article.

What does Arkansas corn harvest hold in store?