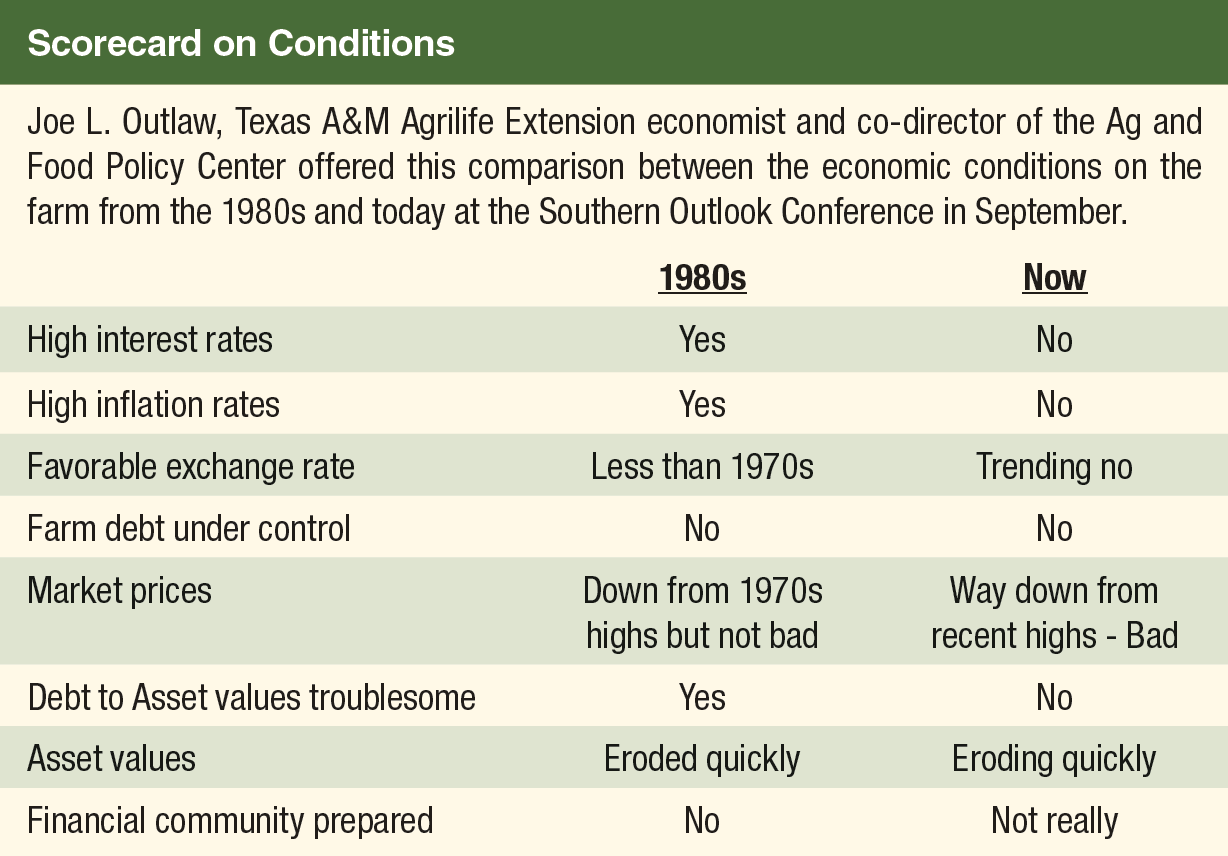 Mark Welch, Texas A&M ag Extension economist, said in his early November Market Grain Outlook, that the U.S. corn crop harvest was on a normal pace, and that The International Grains Council had raised its estimate of world corn production the week prior. His report continued as follows: U.S. corn export sales remained on pace to reach the 2016/17 target set by USDA. For the week of Oct. 20, sales of 31 million bushels were recorded, one million above the pace needed to hit the target. Cumulative sales are at 41 percent of the marketing year total. On average, 41 percent of yearly sales are on the books by the end of October.
In a press release, the Fed noted growth in economic activity since September and strength in the labor market. While economic analysts did not expect a rate hike in November, 86 percent expect a rate hike in December.

Marketing Strategies
The long-term seasonal price pattern for December corn is to set the harvest low in early October then trade mostly sideways to expiration, though it may be set a month early this year, the overall pattern is still holding at this point. I have completed sales of the 2016 corn crop with harvest wrapping up. My focus now turns to the 2017 crop. Again, I will break up sales based on seasonal patterns and dates associated with major crop reports and growing conditions.