Scout Before Spraying For Stink Bugs 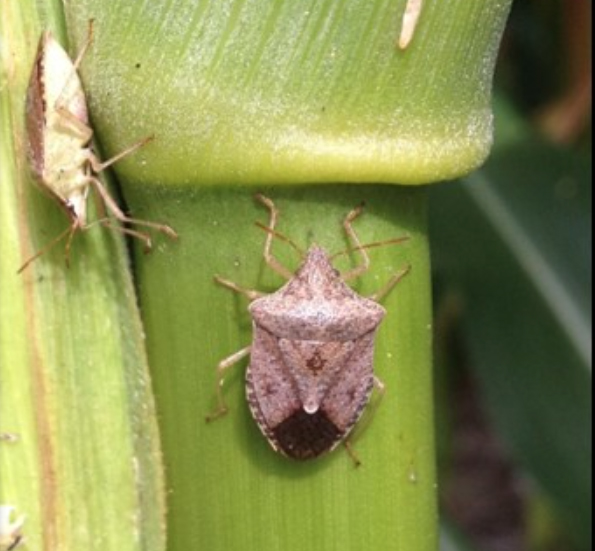 Corn is susceptible to damage at three stages (roughly): V1 to V6, V14 to VT, and R1 to R4. Note that corn cannot be damaged by stink bugs from V7 until the primary and secondary ears are beginning to push out (just prior to tassel).

You will find stink bugs in corn throughout the growing season, but the critical period to prevent ear damage is just prior to tasseling (a one- to two-week window).

Stink bugs will feed through the leaf sheath and husk tissue surrounding the developing ear. If their stylets reach this ear at this stage, they can cause ear damage.

Scout corn by beginning on field edges from source areas (weeds, other crops and overwintering sites like woods). If there isn’t an obvious source around (like cut wheat or rapeseed), the stink bugs will begin to congregate around the primary and secondary ear nodes at V14. Check these areas of the plant for stink bugs at field edges.

Choose at least 20 plants in a row. If there are no stink bugs along any of the field edges, there is a good chance they aren’t in the field middle. However, if there are stink bugs on the edge, walk a good ways into the field to see if they are limited to the edge or are also present in the field interior.

Our thresholds can be found on the NC State Stink Bug Thresholds page, and bifenthrin is the insecticide of choice. Focus on coverage. Remember where those stink bugs were located when scouting, and be sure the insecticide is delivered to those areas. 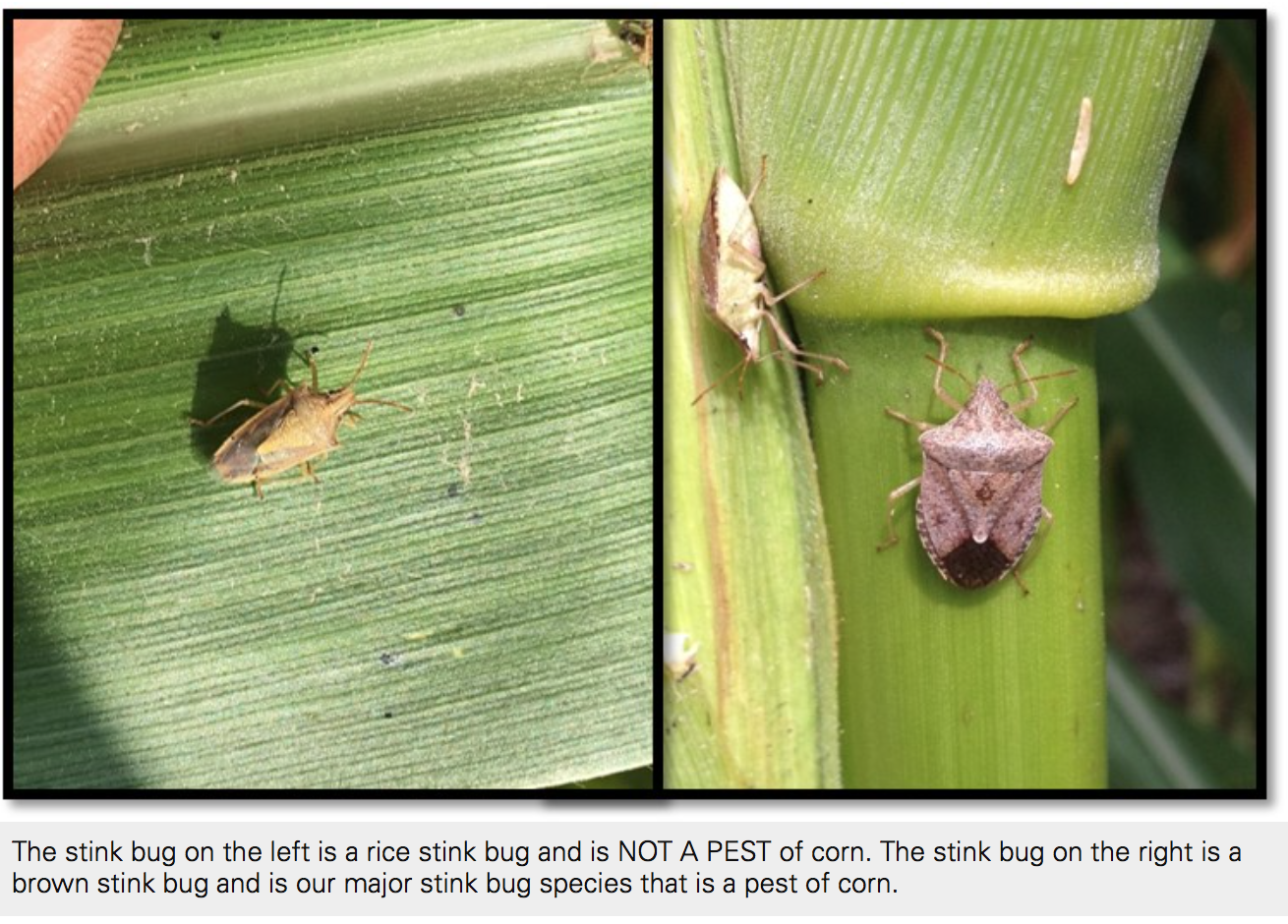 Dr. Dominic Reisig is an associate professor and Extension specialist, Entomology & Plant Pathology, at North Carolina State University. He may be reached at dominic_reisig@ncsu.edu.