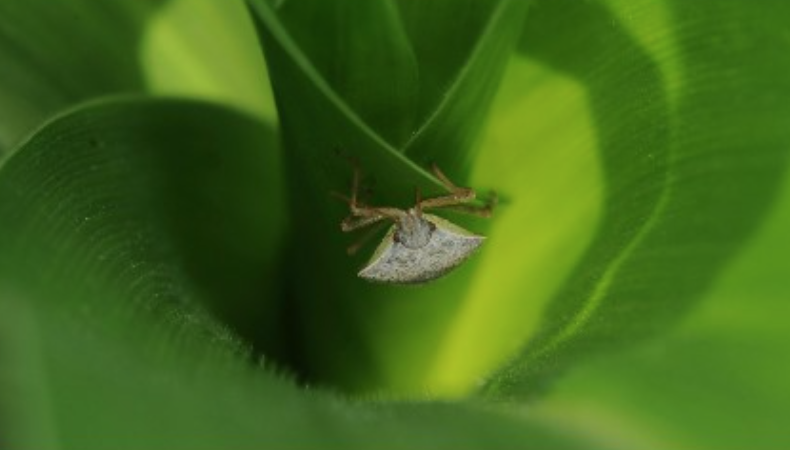 A lot of folks have noticed more stink bugs than normal for this time of year. The most common question is what does that mean for the rest of the season?

Unfortunately, I can’t answer that question because stink bugs we see now are the overwintering generation that will reproduce in May. This generation developed in May causes us midseason problems.

That being said, we do need worry about this overwintering generation infesting seedling corn. A postdoctoral scientist in my program, Arun Babu, recently sampled wheat fields in the Blacklands and confirmed what others are noticing. Numbers in wheat now are nearly double what they were last year.

Although stink bugs are rarely a pest of wheat, growers need to scout now for this insect. Seed treatments provide limited protection and only for a short time. When corn is small, we recommend scouting and spraying if threshold is reached from V2 to V7 (subsequent articles will cover pre-tassel scouting and spraying).

Be very careful that you identify the correct stink bug species (click this link and check out the bottom photos) before making a spray. Also note that stink bugs can fly very far from overwintering sites (nearly a mile a day this time of year) so it’s important to scout all fields.

If wheat is next to corn

Another common question is if wheat next to corn should be sprayed now to prevent movement later in the season. The short answer is I don’t think so. First, we have no evidence that spraying wheat will prevent them in corn.

However, the primary issue of stink bugs in corn is now linked to having soybeans the previous year, since stink bugs typically develop their overwintering generation in last year’s soybeans.

Secondly, we’ve done a lot of work looking at their movement from wheat into corn. Stink bugs don’t always move from wheat fields into adjacent corn, especially if there is some kind of barrier, like a ditch, trees, etc. I

In a study we published, stink bugs moved into corn from wheat during one year, but moved very little (mostly adults on the edge) during the next. For this reason, I think it’s more economical and better for growers to scout corn rather than focusing on wheat where they are rarely a pest.