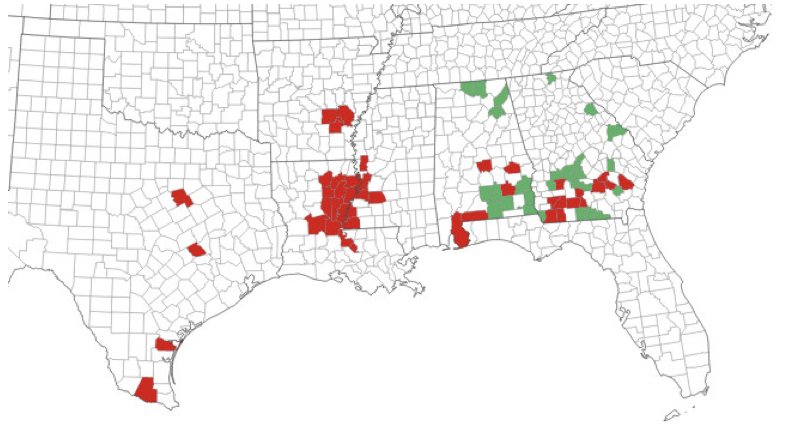 • By Travis Faske and Terry Spurlock •

Dry conditions will suppress the spread of southern rust as free moisture (dew or light rain) is necessary for spore germination and infection. When conditions favor disease, symptoms appear about three to six days after infection and by seven to 10 days the pustules rupture to release rust spores.

Conditions that favor disease: warm/hot temperatures (morning low of 75 degrees Fahrenheit and daytime high of 93 F + 4 hr of consecutive leaf wetness) and extended periods of light rain or heavy dew. When these conditions are not met disease development will be much slower.

Fungicides are effective at protecting corn yield potential, but given the price of corn many are considering the benefit of yield protection before applying a fungicide.

The “timing table” is a guideline on the benefit of a fungicide to protect yield potential at various corn growth stages with the assumption that southern rust is present in the field and conditions favor disease development (Figure 2). See MP 154 for fungicides efficacy to control southern rust in Arkansas.

Drs. Travis Faske and Terry Spurlock are a University of Arkansas plant pathologists.