What are the symptoms? 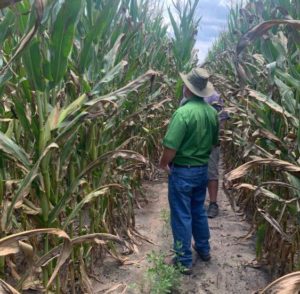 In recent weeks, extension agents in various locations across North Florida (primarily in the Northeast) have received calls from growers and consultants about symptoms of rapid decline in corn.

Symptoms observed include leaf blight and in general, a wilted, scalded appearance of foliage still in the milk stage of grain maturity.

Fall back of ears can be seen, and plants appear to be experiencing a rapid systemic decline. Upon further inspection, sloughing-off of roots, and discoloration of internal vascular tissue has been observed in the affected corn.

After submitting samples from three counties and receiving several reports back from UF/IFAS Plant Diagnostic Labs in Quincy and Gainesville, a diagnosis was made. So far, all submitted corn samples have been infected with Fusarium crown and root rot disease (Fig. 2 and 3) caused by the fungus Fusarium oxysporum, which was a common denominator in the various samples. 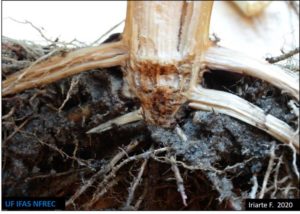 Fig. 2 Discoloration of root and crown caused by Fusarium oxysporum.

Although Fusarium crown and root rot is not considered a major disease in corn, the pathogen is commonly found in the soil of North Florida, and may be problematic in other important crops. This season, a number of factors created the “perfect storm” of conditions suitable for the disease to strengthen, while simultaneously weakening potentially susceptible cultivars of corn.

University of Florida scientists are continuing to investigate the issue further, as Fusarium rot is not typically an important disease in corn at this stage.

However, the number of samples and locations with Fusarium detected showcasing these symptoms gives validation that it was one of the main causes of the decline. Also susceptibility to disease will increase when plants face extended periods of stress.

What can be done? 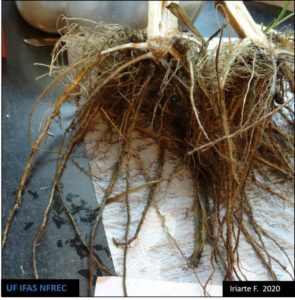 Fig. 3 Darkening and sloughing-off of roots are symptoms of root rot, in this case caused by Fusarium oxysporum.

If you observe these symptoms in corn fields, please contact your local county extension agent to help diagnose the issue. Because of the rapid nature of decline caused by the Fusarium oxysporum and other compounding factors, growers should consider harvesting the corn early, to offset a potentially severe yield reduction. There is no effective treatment for Fusarium crown and root rot.

Soil management practices that improve drainage will reduce Fusarium crown and root rot, where applicable. Most common accompanying diseases, such as northern corn leaf blight (NCLB), can be prevented with timely, seasonal fungicide applications. Using resistant cultivars is the best approach for both diseases.

De Broughton is University of Florida Institute of Food and Agricultural Science regional specialized row crop agent. She may be reached at deonne@ufl.edu. Dr. Ian Small is an UF plant pathologist, and Dr. Fanny Iriarte is a plant disease diagnostician. 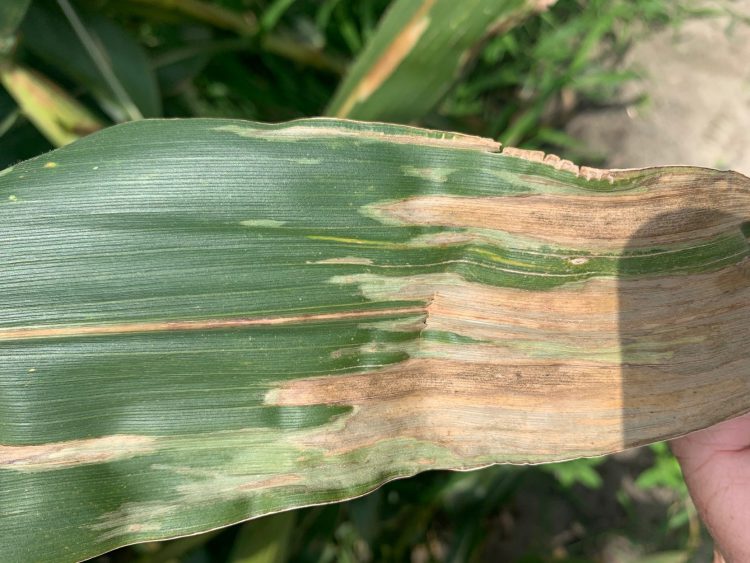