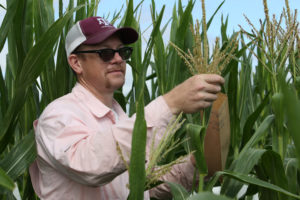 The honor is presented by the New York Academy of Sciences and recognizes America’s most innovative young scientists and engineers. The Blavatnik Laureate will be announced in late June.

“Dr. Seth Murray is following in the steps of Nobel Laureate and agronomist Dr. Norman Borlaug, and has the potential to begin the next Green Revolution,” says Dr. Brooke Grindlinger, chief scientific officer, scientific programs and awards, New York Academy of Sciences.

“Dr. Murray’s innovative techniques for breeding new strains of corn, creating mathematical models of plant traits and using drones to survey crops over time has resulted in his ability to identify the highest-yielding corn plants. Such breakthrough research holds the potential to help feed the world in the face of dramatic climate change and rapid population growth.”

Launched in 2007 by the Blavatnik Family Foundation, the awards were created with the New York Academy of Sciences to enhance research funding opportunities and emphasize the work of promising scientists under the age of 42 in three disciplinary categories of science and engineering.

Nominations are accepted from select research universities, independent research institutions, academic medical centers and government laboratories from around the United States, as well as from the Blavatnik Awards’ Scientific Advisory Council. Each institution submits one individual per category. Murray is one of only 11 named nationally in the life sciences category.

“As one of a small handful of scholars in the nation to be named a Blavatnik Award finalist, Dr. Murray’s research was recognized for its quality, impact and innovation,” says Texas A&M Provost Dr. Carol Fierke, College Station. “We congratulate him for this recognition and celebrate the scientific contributions he is making to enhance the productivity, sustainability and quality of agricultural production.”

Murray focuses his research on solving large-scale problems in crop production through plant breeding and technology, including the use of unmanned aerial vehicles, UAVs or drones, in agricultural decision making. He specializes in corn, or maize as it is known worldwide. 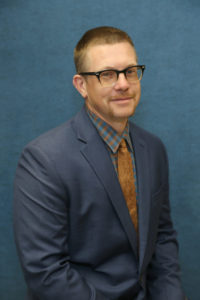 “Dr. Murray is leading the way in crop breeding and the use of advanced technologies that will allow growers to benefit from higher yields and increased stress resistance in corn,” says Dr. Patrick Stover, vice chancellor and dean of agriculture and life sciences at Texas A&M AgriLife and director of AgriLife Research. “His pursuit to contribute to a safer and more secure food supply for our nation epitomizes the spirit of a land-grant university.”

Murray, a world-renowned expert on crop field phenotyping, co-led a project of 40-plus faculty across disciplines in developing procedures for scaling UAV technology for breeding and precision agriculture. This project led to his program’s focus on crop characteristics and use of high-throughput measurements to select the most promising varieties in a breeding program.

“I was especially surprised to be selected since my research is fairly applied,” Murray says. “Plant breeders developing improved varieties for farmers are rarely recognized at this level of science. It is even more meaningful given the historical importance that public discoveries in agriculture have made to foundational sciences, such as genetics and statistics.

“I believe research in crop phenotyping will likely lead to a new wave of scientific contributions arising from agriculture, not to mention the success in helping farmers create a plentiful, safe and secure food supply.”

Murray’s research program focuses on both quantitative genetic discovery and applied corn breeding for Texas and the southern U.S. This year he released five new corn hybrids bred for the southern U.S.’s longer growing season and multiple stresses, characterizing them as “foundational to our future inbred and hybrid production and breeding efforts.”

“Corn is a tremendously productive crop, and through scientific discoveries farmers have increased yields eight-fold over the last 100 years,” he says. “That means one-eighth of the land is needed to get the same production, freeing up land for recreation, urbanization, wildlife or simply producing additional crops needed to feed a growing population.”

In addition to his research and teaching duties, Murray has chaired 31 graduate committees and served as a member of an additional 30. In 2015, he was named the Eugene Butler Endowed Chair in Agriculture Biotechnology at Texas A&M.

In 2016-2017, he served as a senior advisor for agricultural systems with the Office of the Chief Scientist at the U.S. Department of Agriculture.

He has previously been recognized with the Soil and Crop Sciences Research Award in 2017 by Texas A&M; the CSSA Young Scientist Award in 2014; and the National Association of Plant Breeders Early Career Award in 2013.