Home » Breaking News » Texas Corn Off To A Good Start

Texas Corn Off To A Good Start 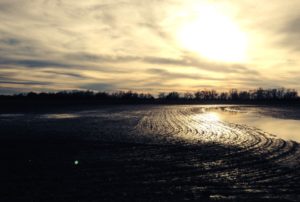 “Plantings were behind schedule two to three weeks in the upper Coastal Bend and Central Texas due to wet weather, before drier conditions in late March allowed producers to catch up,” he said. “Cooler temperatures have also delayed planting for some producers.”

The U.S. Department of Agriculture’s National Agricultural Statistics Service Prospective Planting report estimated 2.15 million acres would be planted in Texas this year. The report’s estimate represents a 50,000-acre reduction in corn acres for the state compared to last year.

Planted and emerged acres indicate producers in the High Plains and Panhandle have made progress, Schnell said. The regions typically account for 45 percent of Texas’ corn acres.

Schnell said some producers in wetter areas may have chosen options like cotton for their acres over planting corn late. Others held out and planted corn hoping good moisture and favorable weather would lead to good yield potential.

In-season field operations have been challenging as producers wait for fields to dry, Schnell said. If rains continue, nitrogen applications could be delayed and there are concerns about nitrogen loss reducing fertilizer efficiency.

“That’s the gamble,” he said. “Producers have to balance inputs like nitrogen based on yield potential and decide whether they can be more aggressive and take advantage of good conditions or to be more conservative in the event conditions become unfavorable.”

As always, weather through the rest of the season will determine producers’ outcomes despite the good start, Schnell said. Too much water can be as bad or worse than too dry for corn production.

“Central Texas is pretty wet after the recent line of storms,” he said. “We’re hoping the next round of storms does not produce flooding or saturation for an extended time because those conditions can cause problems.”

Read the complete weather wrap-up for the state by visiting Texas AgriLife.