These Practices Can Increase Nitrogen-Use Efficiency For Mid-South Corn

Therefore, optimizing your crop response to nitrogen fertilizer will undoubtedly involve considerably more planning and management than simply applying a given fertilizer rate.

Your primary goal for improving corn response to nitrogen fertilizer should be to minimize nitrogen exposure to wet conditions, while still meeting crop demand. During early corn vegetative stages, plant nitrogen needs are very low, while rainfall is normally high.

Therefore, applying only a small portion of total nitrogen near or shortly following emergence can greatly reduce your nitrogen exposure to unfavorable conditions promoting loss. Subsequent “split” or “topdress” applications should contain the bulk of the crop seasonal nitrogen needs. 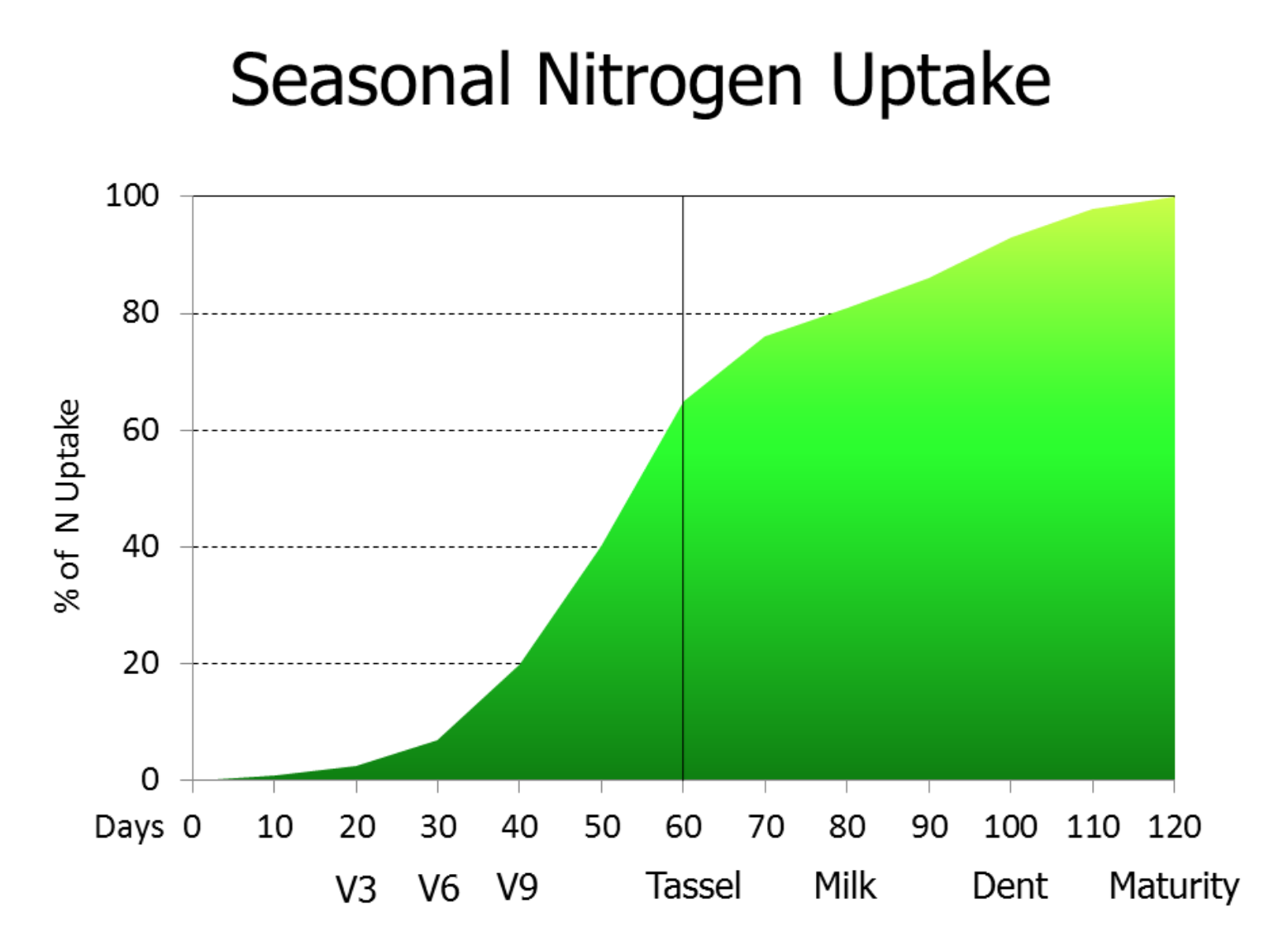 For example, although corn doesn’t require much nitrogen during early vegetative growth stages, you need to apply a modest amount of about 30 to 60 lbs/a of nitrogen (10 – 20% of seasonal total) by the time it gets 4 to 6 inches tall, or slightly later if you applied a starter fertilizer. Corn begins rapid growth and nitrogen uptake at about the V5-6 growth stage.

This is the key stage for your ground-applied nitrogen operation or side-dress application which supplies the bulk of seasonal crop needs. A practical goal for side-dressing or injecting liquid nitrogen is when corn reaches V4 – V6 growth stage (8 to 18 inches tall). A pre-tassel application can also be incorporated as simply another split in your system to improve nitrogen efficiency.

This method may improve fertilizer efficiency by reducing fertilizer exposure to soil saturation and resultant losses.

Top-dressing urea is also becoming more popular method for growers in the Mid-South. However, there are inherent drawbacks with this method that increase risk, compared to the traditional side-dress method of injecting liquid nitrogen solution in the soil. Top-dressing urea requires rainfall or over-head irrigation to successfully incorporate nitrogen and prevent volatility loss.

This presents considerable risk, particularly if we experience a lengthy dry spell encompassing key application time, which may happen sometimes during May. This is why reliance on top-dress urea fertilizer is not common in drier regions of the United States. We strongly recommend using a urease inhibitor containing the active ingredient NBPT, such as Agrotain, Aborite AG, N-Veil, NITRAIN, NitroGain UI to limit volatility of top-dressed urea.

Of course, timing urea application prior to forecast rainfall is suggested to help aid incorporation and reduce potential volatility.

Additionally, avoid application to saturated or wet soils which promote loss. In order to minimize leaf burn associated with top-dress application, we generally suggest applying no more than 150 lbs/a of urea per application on corn more than three feet tall.