When Can Corn Irrigation Be Terminated? 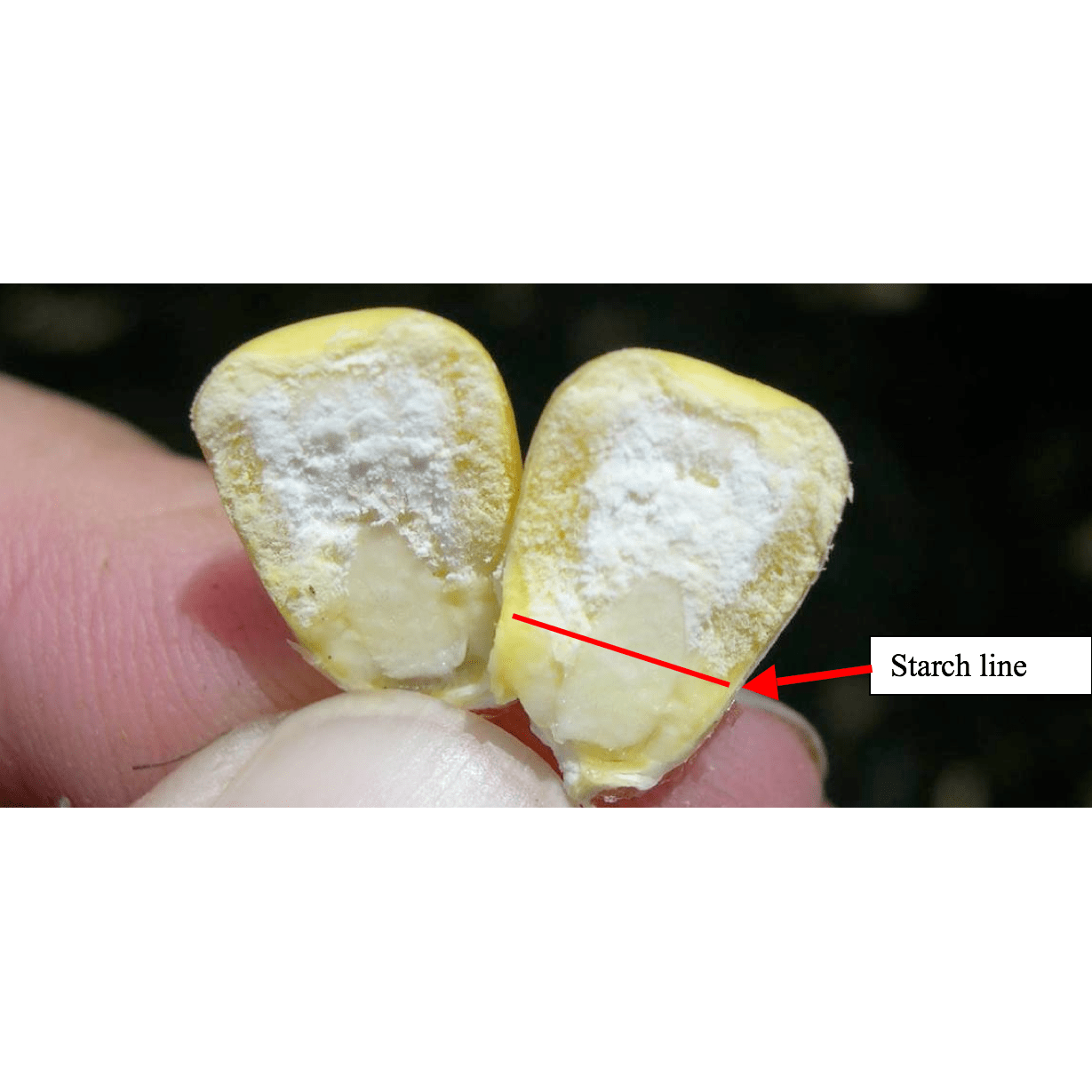 However, a bulk of our corn acres were planted in April and May this year and will still may need multiple irrigations to reach maturity if rainfall is not received.

When deciding when to terminate irrigation, the goal should be to maintain soil moisture until maturity. Cutting off irrigation too soon can have consequences as kernels are still adding weight until full maturity.

The easiest way to determine how close corn is to irrigation termination is to look at the starch line development on kernels from the middle of representative ears as there will be some differences from the top to the bottom of the ear.

Always look at multiple ears in different areas of the field to confirm growth stage. The starch line begins at the top of the kernel (signified by a dent) and slowly progresses down the kernel over a 21-24 day period.

At 50% starch line movement and good soil moisture, the plant should have enough moisture to reach maturity without running out of water. For pivot irrigated fields, the starch line needs to be 75% or greater down the kernel before irrigation is terminated since less water is likely applied during each irrigation.

Figure 1 illustrates a kernel with a starch line that has progressed 75% down the kernel and with good moisture — irrigation could be terminated on this field (furrow or pivot). If in doubt the plant will have adequate soil moisture to reach maturity, irrigate once more.

Keep in mind that there may be differences in maturity from the top to the bottom of the field this year due to the uneven emergence and early growth seen in many fields.

The black layer formation will occur over a few days and will begin as a tan/gray color and slowly increase in size and become black in color. At true black layer no further moisture enters the kernel and grain moisture is approximately 30-35%.

Jason Kelley, is wheat and feed grains Extension agronomist with the University of Arkansas. He may be reached at jk039@uark.edu.