Control Weeds Prior To Planting: Burndown Timing and Options 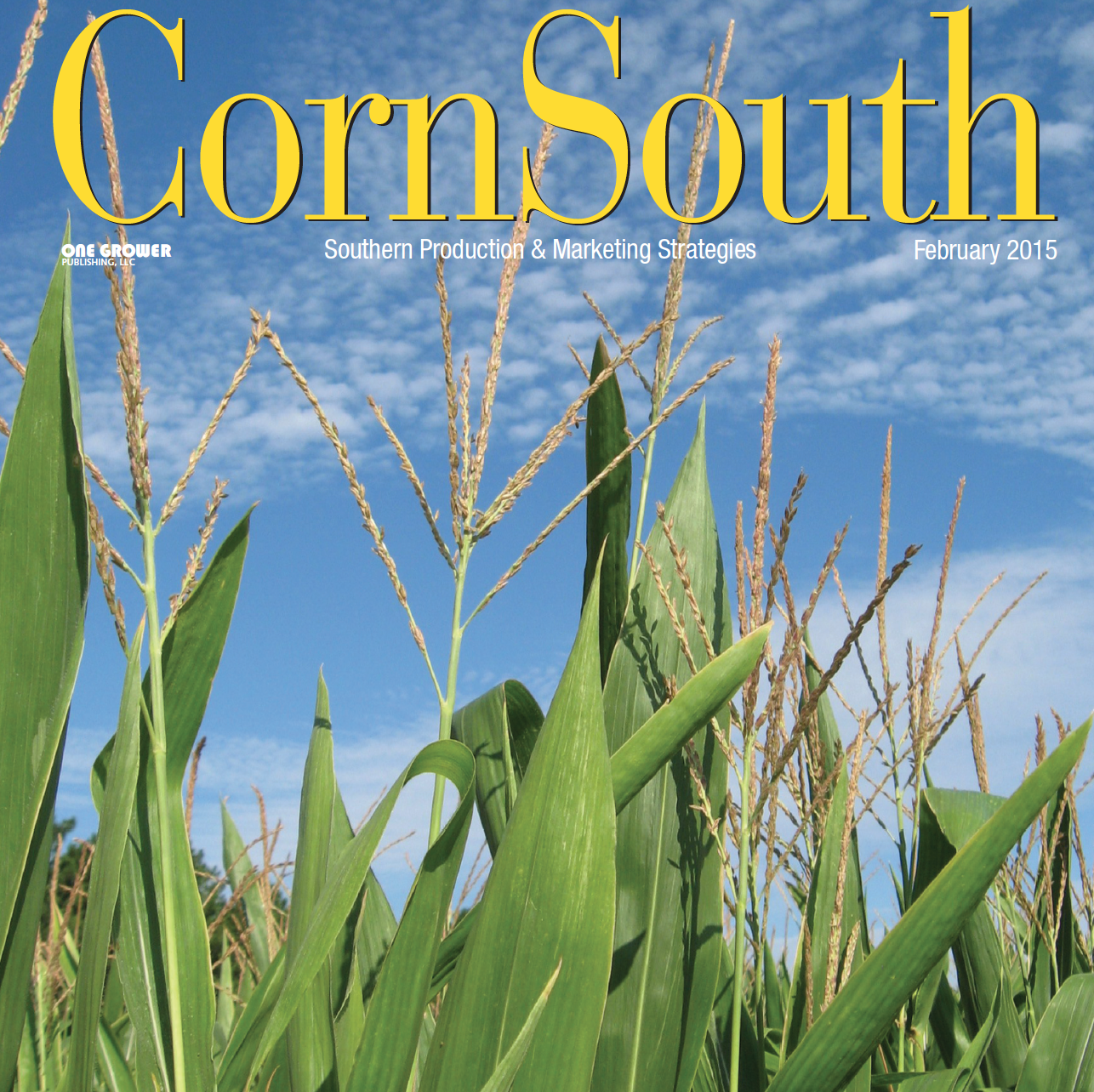 As fields begin to dry and the extended forecast predicts better conditions for weed management strategies, burndown applications will be going out. Research has shown that burndown applications need to be applied four to six weeks prior to planting to prevent physical competition between weeds and
the crop as well as to reduce the chance of damage from insects such as cutworms. Louisiana corn producers historically have desired to plant corn in late February through early March, so the time is now.

Timing Issues
[dropcap]R[/dropcap] esearch has shown that corn yield was 15 to 25 percent greater when weeds were removed four weeks prior to planting compared to two weeks. Unfortunately, cold weather often prevents producers from applying burndown herbicides, and corn may be planted into fields that have not been burned-down or were sprayed only one to two weeks prior.

In addition to weed competition and possible insect infestation, plant-back restrictions to corn for many herbicides are very important. The standard burndown treatment for many Louisiana corn producers is glyphosate plus 2,4-D or dicamba. There are no labeled plant-back restrictions for glyphosate, 2,4-D or dicamba, but the LSU AgCenter suggest not more than one-half pound of active ingredient per acre of 2,4-D be applied within two weeks of planting.

Products such as Leadoff (generic formulations included), which is often times added by producers to their burndown tankmix of glyphosate plus 2,4-D for residual control of weeds, does not have a plant-backn restriction either. However, a burndown application containing glyphosate, 2,4-D, dicamba or Leadoff requires at least two to four weeks for maximum activity, which may not prevent physical competition between weeds and corn or control the vegetation in a timely fashion to prevent insect damage if corn is planted within the two to four week window.

If Goal is applied at least 30 days prior to corn planting and at least three rainfalls of one-quarter inches are received, then corn can be planted without worry. If applied within 30 days of planting, Goal needs to be incorporated into the soil to a depth of two or more inches prior to planting.

If a producer is within two to four weeks of corn planting, burndown applications containing glyphosate, 2,4-D, dicamba, Leadoff, Valor or Goal are not optimal options based on the issues discussed earlier.

Better Options
What does a Louisiana corn producer do for burndown if they desire to plant as soon as it dries up? Products that contain paraquat (Gramoxone SL and other generics) or Sharpen should be considered.
Both products offer rapid desiccation of weed vegetation and no plant-back restrictions to corn. The positives and negatives of paraquat are well understood by producers and should be utilized properly.

Sharpen at one ounce per acre, plus one percent v/v methylated seed oil (MSO) is good for burning vegetation down, but increasing the rate to two to three ounces per acre will provide residual control of many broadleaf weeds in addition to controlling existing vegetation. Research has shown that tankmixing Sharpen with glyphosate will control a broader spectrum of weeds, and if Sharpen is mixed with a brand name glyphosate (i.e. Roundup PowerMax), then the addition of MSO is not needed for winter annual control. However, if Sharpen is applied alone, the addition of MSO is critical to achieve expected weed management.

The activity of paraquat and Sharpen can be influenced by sunlight, temperature and coverage. Sunny days and warm temperatures at application with good sprayer output, higher is better, will increase the chances of good weed control.

Ultimately, it is best to burndown winter vegetation four to six weeks before planting, but a producer may not have that option. Use good judgment when selecting herbicides for burndown. Don’t just assume that glyphosate plus 2,4-D will work if applied within two weeks of planting. It is crucial that weeds be removed so they don’t negatively influence yield. If you have specific questions, please call your local LSU AgCenter county agent or weed scientist.