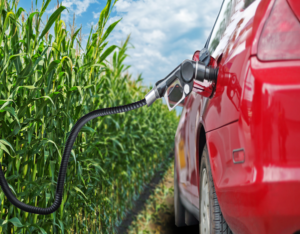 “We are pleased the EPA maintained the implied conventional ethanol volume of 15 billion gallons and increased the total 2019 renewable fuel volume as intended by the RFS. However, EPA granted refineries 2.25 billion gallons in RFS waivers over the past year but did nothing to account for those lost volumes. If EPA continues to grant waivers in this manner, the volumes set in this final rule cannot be met,” says NCGA President Lynn Chrisp.

In comments on the rule, NCGA and its grower members urged EPA to take steps to maintain the integrity of the RFS. NCGA will continue to work with EPA to ensure the full energy and environmental benefits of the RFS are achieved.

The EPA and the Department of the Army are proposing a clear, understandable and implementable definition of “waters of the United States” that clarifies federal authority under the Clean Water Act. Unlike the previous administration’s definition, this proposal contains a straightforward definition that would result in significant cost savings, protect the nation’s navigable waters, help sustain economic growth and reduce barriers to business development.

The EPA Acting Administrator Andrew Wheeler, says, “For the first time, we are clearly defining the difference between federally protected waterways and state protected waterways. Our simpler definition will help landowners understand whether a project on their property will require a federal permit or not, without spending thousands of dollars on engineering and legal professionals.”

Under the proposal, traditional navigable waters, tributaries, certain ditches, lakes and ponds, impoundments of jurisdictional waters, and wetlands adjacent to jurisdictional waters would be federally regulated. What are not protected waters are features that only contain water during or in response to rainfall; groundwater; many ditches, including most roadside or farm ditches; prior converted cropland; stormwater control features; and waste treatment systems.

Comments will be taken on the proposal for 60 days after publication in the “Federal Register.” They will hold a webcast on Jan. 10 and a listening session on in Kansas City, Kansas, on Jan. 23.

More information is available at https://www.epa.gov/wotus-rule.