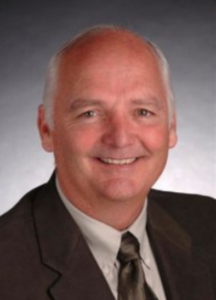 What are the key factors for the corn market in late 2019? Mark Welch, Texas A&M Ag Extension Economist, offers a few points in his Market Grain Outlook.

A good week of corn export sales was reported for mid-September at 58 million bushels. This is well above the 34-million bushel pace needed to reach the 2.05-billion bushel target and the highest weekly sales since December 2018.

The Federal Open Market Committee of the Federal Reserve voted to lower the target range for the federal funds rate. The committee noted that the labor market remains strong, but they voted to lower interest rates because of the implications of global developments for the economic outlook, as well as muted inflation pressures.

The Conference Board released its updated Leading Economic Index, which indicated a recession was not likely.

The seasonal price pattern for the December corn contract shows that prices tend to have some upward momentum early in the year before trading below the yearly average in July. Acreage and yield uncertainty normally support an early season price trend.

Even with this year’s late planting pace and delayed crop development, and all we still do not know about final production, the price pattern is following seasonal tendencies. Yield results from the field will help determine whether the seasonal low is in or if it is still ahead of us.

With the crop going in late, acreage and yield estimates are shrouded in more uncertainty. The late-planted crop will face more risk from pollination and grain fill at a hotter time of the summer and issues related to moisture content and test weight at season’s end. In USDA’s September Crop Report, the yield estimate was only slightly lower, and planted and harvested acres were unchanged.