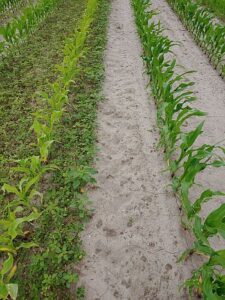 As the 2020 corn-growing season draws to a close, Syngenta engaged university agricultural researchers from across the United States to analyze the agronomic challenges farmers encountered this season and offer tips on how they can best control weeds and preserve yields heading into 2021. Although weed pressures vary by geography, weed management fundamentals remain consistent throughout the United States.

Researchers agree that the time to set a weed management strategy for 2021 is now. “The end of the season is the time to take inventory of whatever you did, how well it worked and then consider how you might improve on that for next year,” said Dr. Wayne Keeling, professor in the Department of Soil and Crop Sciences at the Texas A&M AgriLife Research Center at Lubbock.

Across the board, the researchers emphasized early season weed control as the path to maximizing yield potential.

“For corn, early season weed control is especially important because key elements of yield potential are determined early in the growing season,” said Dr. Sarah Lancaster, assistant professor and Extension specialist at Kansas State University. “Any limitations created by weeds during that time will limit the yield potential of the crop.”

Researchers underscored the significance of weed control during this early season timing.

“Control is mostly emphasized on weeds that germinate before or shortly after corn emergence, because controlling those weeds plays a large role in preserving yield potential within that crop,” said Dr. Erin Burns, assistant professor and Extension weed scientist at Michigan State University.

This crucial control period is defined as the vegetative stages between V3 and V12.

“If you let weeds stay in the field past the V2 stage of corn growth, you start to see 10% to 20% yield reductions,” said Dr. Bill Johnson, professor of weed science at Purdue University. “If you leave them out there until the corn is knee- to waist-high, you can start seeing 20% to 50% yield reductions.”

In addition to the physical competition for resources, several experts mentioned the physiology of weed presence in the field.

“We discovered that plants can actually detect their neighbors. They know who’s around them, and they respond,” said Dr. Clarence Swanton, professor emeritus at the University of Guelph, Canada. “Even without touching the plant, a weed can reduce that plant’s capability to photosynthesize. The plant has to expend energy to heal itself after it experiences the presence of a weed, and that’s part of why the yield potential changes so dramatically. What you and I as humans experience under stress, a plant does, too.”

“We want to provide our growers with the knowledge and tools they need to effectively manage their top weed pressures so they can maximize their yield potential next season and for many seasons to come,” said Steve Gomme, herbicide product marketing lead for Syngenta. “And we have a robust portfolio of premixes, like Acuron corn herbicide, that enable us to offer weed management solutions for every acre.”