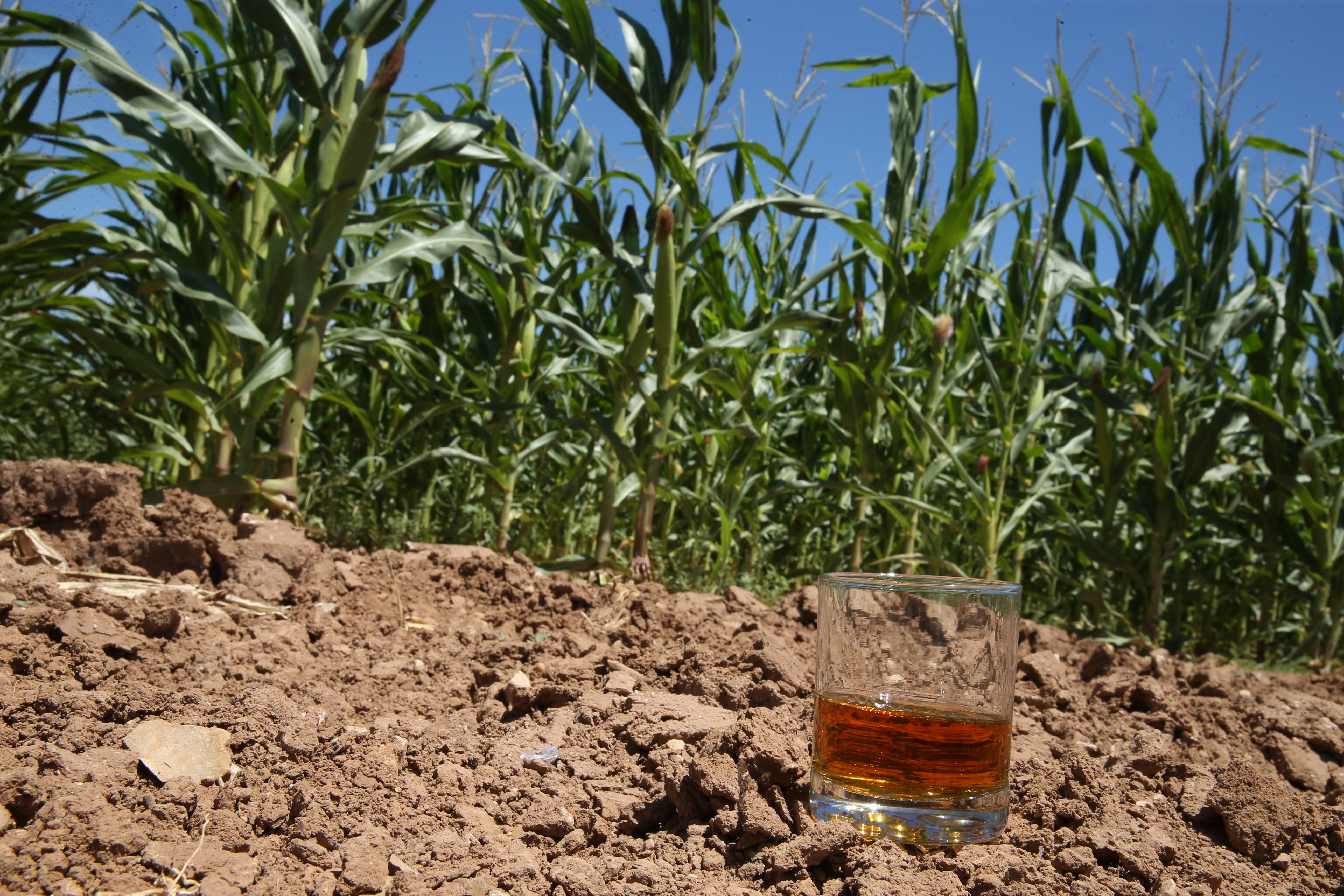 Dr. Seth Murray may have more than a casual interest in National Bourbon Day on June 14.

Whiskey is the generic name of distilled alcohol made with grain and aged in a wood barrel. Bourbon whiskey must by federal law be produced in the United States from at least 51% corn, distilled to less than 80% alcohol and barreled at less than 62.5% alcohol in new charred oak barrels. Most bourbon whiskey brands use 70-80% corn in their recipes.

Murray’s corn breeding program evaluates about 7,000 varieties per year for food and animal feed, but his novel corn for whiskey project is attempting to answer the question: Can different corns make whiskey taste different? Better?

He recently conducted a whiskey tasting on Capitol Hill to help educate U.S. legislators on the importance of public agriculture research as a part of the Hill Lunch-N-Learn seminar series sponsored by the National Coalition for Food and Agricultural Research, or C-FAR.

More than 100 Congressional staff members taste-tested three Texas whiskeys as Murray discussed research he and his graduate student, Rob Arnold, are doing into the effect corn variety has on the flavor.

Arnold is working toward his doctorate in plant breeding through Texas A&M’s distance program while working as the head distiller at Firestone & Robertson Distillery in Fort Worth.

“Rob and I have had a great collaboration,” Murray says. “He was already an amazing distiller and among the world leaders in the science of whiskey, while I run one of a few remaining public corn breeding programs and was looking for more ways to get our improved varieties out and to help farmers and put Texas industries on the map.”

Breeding With Whiskey In Mind

Murray says with fewer people involved in agriculture all the time, the importance of scientifically breeding new varieties is not well understood by the public.

“This project has allowed me to connect the positive impacts of my agricultural research directly to something many consumers are excited about, better whiskey.”

Staffers had the opportunity to taste F&R’s commercially available “TX” Whiskey and TX Bourbon, along with two research samples aged for a year and a half in matched oak barrels. Of the matched samples, one was made from a Texas A&M experimental hybrid grown in Burleson County and the other from a commercial corn variety produced in Hill County.

“The staffers liked the whiskey, but more importantly they thought the flavors of the two matched samples were very distinct,” Murray says. “This is great because it shows that different corn varieties do make a difference.”

Murray also notes that seasoned whiskey drinkers preferred the Texas A&M corn, while the staffers less familiar with whiskey preferred the one made with commercial corn.

“It’s been commonly accepted that flavor differences among whiskeys are caused by the grain species – corn versus rye versus wheat – and percentages used, yeast strain, distillation equipment, barrel type, maturation length and the overall production techniques utilized,” Arnold says. “Grain variety and growing location is rarely, if ever, considered for the grains, especially when considering corn.

“But our experiments are showing for the first time that corn variety and growing environment can be a major driver, and most surprisingly that the differences can increase with barrel aging.”

There are currently no scientific publications to turn to on corn whiskey flavor, Murray says, so he and Arnold are turning to science to determine what makes a difference in taste and to develop repeatable methods to test small samples.

The project is evaluating genetics; does the hybrid matter? Or, is it the environment – location and inputs – that matter? Or is it a combination of the two? From the Texas Panhandle down to Hidalgo County, varieties were grown to compare factors such as soil, topography and climate.

For many reasons — the most important of which being the rise and “blending” nature of the commodity grain market, which distillers turned to for grain after Prohibition — these same concepts of variety and environment, or terroir, have been largely ignored in whiskey, he says.

But this is slowly starting to change, largely due to the craft whiskey movement, and Murray and Arnold say they are working to unravel the underlying science.

They have now evaluated about 30 Texas A&M varieties and are scaling up a proprietary Texas A&M hybrid. One acre each of three hybrids have been planted by the F&R grower to do proof-of-concept work, and hybrid seed production for next year’s much larger production is planted in the Rio Grande Valley on contract.

“We have to work with the timelines of corn growing seasons, and good whiskey and bourbon are aged for a number of years, so unfortunately whiskey aficionados will need to wait a few more years until they, like the Capitol Hill staffers, can taste the difference in corn selected for improved whiskey flavor,” Murray says.