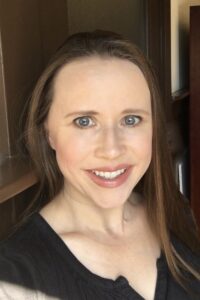 The following is what she says about the corn market.

Smith says the COVID-19 pandemic prevented the full implementation of the Phase One trade deal with China and caused reductions in corn use for ethanol as fuel demand dropped. Further, demand for corn used in feed decreased as ranchers were forced to reduce their livestock numbers due to closures in the meat processing sector.

However, she says the latter part of the 2020 saw a turnaround in demand and price.

“There was a global supply gap, which resulted from a big drop in production from Ukraine because of severe drought in that region. Also, China began making commitments to purchase large quantities of U.S. corn and soybeans as they continue to rebuild their swine industry. As a result, we are seeing lower U.S. and global ending stocks and higher prices.

“Total world production is expected at a record high of 44 billion bushels of corn in 2020-2021 crop year. Despite high production numbers for corn, we are also seeing consumption trends on the rise. Because of this, the world does not necessarily have an over-abundant supply of corn.

“Right now, we have an estimated supply of 92 days of use, just about three months. If China is removed from this figure, there is a 42-day supply. That is just a month and a half. The United States has an estimated 51 days of use on hand,” Smith says.

In her report, the big story is exports. U.S. Department of Agriculture is forecasting a record 2.55 billion bushels of exports.

“This is 43% higher than last year. Shipments to China account for 80% of the increase as they rebuild their pork industry after recovering from the African swine fever. With this increase in corn disappearance, ending stocks are the lowest on hand as in the past seven years.

Besides exports, Smith offers these projections for other demand segments.

“Consumer use for food, seed and industrial is predicted to remain steady through this year. Feed use for livestock is projected down slightly because the price of corn is up. Ethanol demand is predicted to recover slightly from the pandemic drop in demand, but it will still be 655 million bushels less than its peak use for ethanol in the 2017-2018 marketing year.”