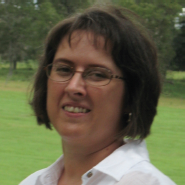 A small, handheld device may soon have a big impact in farming. The device is a Raman spectrometer. Raman spectroscopy measures how molecules scatter harmless laser light and has been found by Texas A&M AgriLife research scientists as a quick, accurate, nondestructive, and portable way to scan produce for its nutrient content.

Dmitry Kurouski, assistant professor of biochemistry and biophysics, led the team in this new application of Raman spectroscopy.

Using the handheld scanner the size of a kitchen scale, six red or yellow corn kernels were scanned. Each scan took about a second. From the data, the team could calculate levels of nutrients inside each grain: protein, carbohydrates, fiber and carotenoids.

Currently, analyzing nutrient content either destroys the sample or is less accurate or more time consuming than the team’s method. The team used the older methods to confirm the results.

“The method could someday be used to quickly estimate the economic value of grain in a field or grain elevator, or predict grain’s starch content,” Kurouski says. “This could change the economy for farmers and consumers.”

But the applications don’t end there. Researchers used the same tool to identify corn plants growing in a field. Each plant’s signature pattern of light scattering allowed the team to identify different corn varieties, which would be helpful for both plant breeders and farmers.

The team now plans to work with partners to commercialize the technique. It will be interesting to see where the many ways this small device may revolutionize production agriculture.